“It looked more Mills and Boon than docudrama.” Read on for the verdict on last night’s TV. 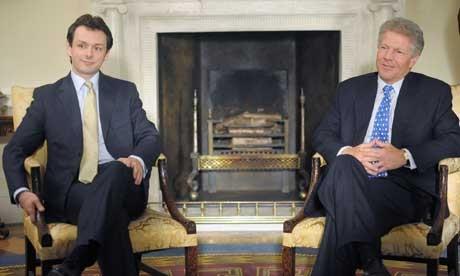 “Tony [Michael Sheen] came across like a schoolboy whose rock band had got its first gig at a local pub. The stage-dressing of the piece…seemed to poke fun while it told a straightforward story…made it look more Mills and Boon than docudrama.”
Matt Baylis, Daily Express

“Bouncing from one compelling theme to another – you found that you had just a little too much time to reflect on how artificial the set-up was…you couldn’t entirely forget that Morgan was pulling the strings, and that his characters were stiffly wooden in comparison to their real life counterparts.”
Tom Sutcliffe, The Independent

“Blair is portrayed – brilliantly, again, by Michael Sheen – as someone who genuinely does want to do the right thing.”
Sam Wollaston, The Guardian

“As a drama that’s fine, but as a history it’s nonsense…But maybe that kind of accuracies is for the documentaries.”
David Aaronvitch, The Times

“If this wasn’t the best [Alan] Plater ever it certainly had the best of Plater in it, from his dry, humane wit to his willingness to take risks with a swerve into deep emotion.”
Tom Sutcliffe, The Independent

“Astonishingly I found myself understanding most of [it]…I like the possible aliens…and the way Stephen Hawking’s voice morphs into Benedict Cumberbatch.”
Sam Wollaston, The Guardian