“My one real criticism of the programme, that’s it’s all very on-message and positive.” Read on for the verdict on last night’s TV. 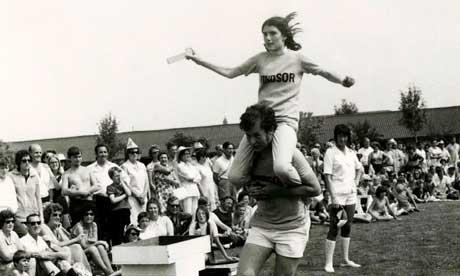 “Butlins has been a fair barometer of Britain’s shifting culture, as we saw last night. When it opened, it was offering what was, as one early visitor put it, the first package holiday. During the Second World War, it was turned into a series of military bases for soldiers. With the recovery of the Forties and Fifties, it became the go-to destination for holidaying families. It offered security, fun, and an array of exotic prospects: themed cocktail bars, ballrooms, doughnuts. And, for a while, it perfectly satisfied what Middle England wanted from a break. Until, of course, they wanted more.”
Alice Azania-Jarvis

“That would be my one real criticism of the programme, that’s it’s all very on-message and positive. Oh, and maybe that it was nearly all about the past, and that there was very little about Butlin’s today. Yes, it’s still going. There may be only three left – at Bognor, Minehead and Skegness – but between them they still attract more than a million holiday makers a year.”
Sam Wollaston, The Guardian

“It looked delicious. As does the all-day breakfast canapé, the ploughman’s lunch canapé. Chic their food isn’t, but at least the Hairy Bikers’ festive offering was a little different.”
Alice Azania-Jarvis

“It finished as the first series did, on a high. Tom Hollander’s drunken bad-singing, bad-dancing Christmas sermon/rant/mini breakdown is a thing of joy and beauty. Lovely, like the show.”
Sam Wollaston, The Guardian

“The blanket that covered St Saviour’s in sentiment was hard earned. It fell at the end of a week in which Adam Smallbone’s flock would have frozen the Christmas spirit in Jesus himself.”
Andrew Billen, The Times

“The sick-com’s cartoonish investment of every bad human quality in its lead, the able Warwick Davis, has been matched only by its desire to humiliate him. We left him broke and homeless, sleeping in a drawer in his secretary’s spare room.”
Andrew Billen, The Times