“It compounded her exposure unnecessarily.” Read on for the verdict on last night’s TV. 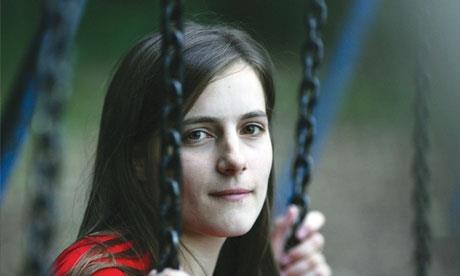 “I’m not sure Ruth’s instincts were right in agreeing to take part in this film either, to be honest. It compounded her exposure unnecessarily and seems as likely to have fed the trolls as shamed them.”
Tom Sutcliffe, The Independent

“On one level this was a fairly straightforward, unhappy tale of a trusting girl and a severely mixed-up boyfriend. On another it was a note to ourselves and a reminder that our technology might have given us a little too much power.”
Matt Baylis, The Express

“The “hit” bits of Watson and Oliver’s old-fashioned show, for me, are the ones with the most modern targets.”
Alex Hardy, The Times

“It painted a picture – mostly in the aforementioned bodily fluids – of the average Friday night on the subterranean network. Hogarth himself would run screaming from the sight, but the station managers, cleaners and assorted other underground sufferers of the British commitment to binge-drinking soldier – wryly, stoically, incredulously as the mood and temperament take them – on.”
Lucy Mangan, The Guardian

“Whatever lavish curveball it threw, it all looked rather subdued after Sunday night’s return of Upstairs Downstairs. There, we’d seen a butler giving CPR to a gased monkey. Now that’s surrealism for you.”
Alex Hardy, The Times

“That’s not to deny its existence or the suffering occasioned by alcoholism, but without establishing his assertion, Campbell’s programme came dangerously close to suggesting that because he had now become aware that drinking wasn’t totally confined to the underclass, the problem Just Got Serious. Which does everyone involved, directly or indirectly, in dealing with alcoholism a great disservice.”
Lucy Mangan, The Guardian