“Still as compellingly watchable and implausible as ever.” Read on for the verdict on last night’s TV. 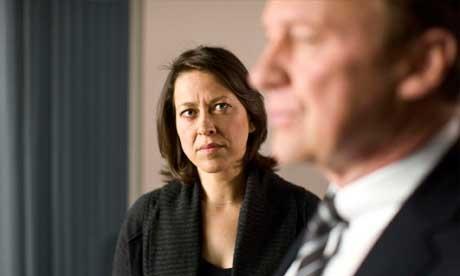 “[It] is anything but cutting edge, which is why it’s so reassuring. Nor does it matter to me that a toddler could have written the dialogue. Spooks delivers. Without fail. Seriously I can hardly wait for next Monday.”
Sarah Vine, The Times

“Still as compellingly watchable and implausible as ever.”
John Crace, The Guardian

“Actually, the entire episode… required a sustained suspension of disbelief, but it was very slickly done, with a few smart nods to reality.”
Brian Viner, The Independent

“Everything went so far over the top – the writing, the acting, even the score – that it began to look like a spoof. The mistake, I think, was cramming it all into three episodes. The original ran for two series, which allowed room for the misery to develop properly.”
Brian Viner, The Independent

”It’s a pairing that works. They embody that very male, very British quality of taking the mickey out of one’s closest friends.”
Matt Baylis, Daily Express

“I rather like a bit of grumpiness and someone unafraid to speak their mind, so I’ve always had a soft spot for [John Humphrys].”
John Crace, The Guardian