“The raw battery acid of competition coating their nerves is inherently interesting.” Read on for the verdict on last night’s TV. 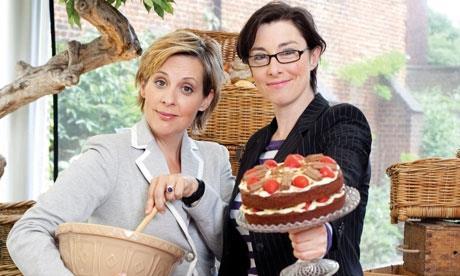 “What matters is that the sight of people concentrating, with passion and perfectionism dancing in their eyes and the raw battery acid of competition coating their nerves is inherently interesting.”
Zoe Williams, The Guardian

“One of the reasons the programme gives off such a warming glow [is] because almost everyone involved refuses to fit the standard template for a television competitor. True, there’s a bit of X Factor rhetoric about how much it all means to them, but very little in comparison with any other elimination show, and barely a week goes by without someone bursting into tears because one of their rivals has been knocked out.”
Tom Sutcliffe, The Independent

Two and a Half Men, Comedy Central

“The awful thing about this rather awful episode was that, thanks to its riotous inappropriateness, it was funny. My guess remains that we will soon be longing for the soulless emotion in Charlie Sheen’s eyes.”
Andrew Billen, The Times

“How to do everything wrong. Lisa Faulkner and Matt Dawson offer meaningless natter to string together a bunch of families who’ve been told to camp it up so much they’re left barely human. Meaningless phrases spill out, especially from Dawson, who says “eight mood foods that reflect the way we eat and live” about 15 times.”
Zoe Williams, The Guardian

“Essentially Who Do You Think You Are? with a tenth of the emotional payload, but a cash prize to make up the weight.”
Tom Sutcliffe, The Independent