“Will doubtless raise more hackles than it resolves”. Read on for the verdict on last night’s TV. 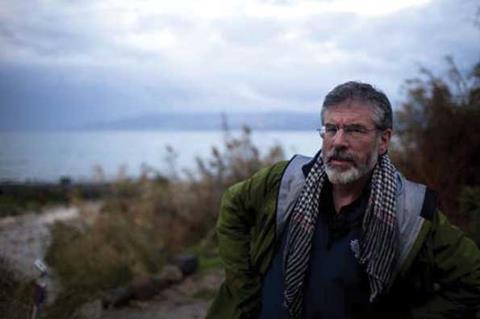 THE BIBLE: A HISTORY, CHANNEL 4

“This was sometimes bizarre, often thought-provoking TV that will doubtless raise more hackles than it resolves.”
Alex Hardy, The Times

“Like presenters who have preceded him in the series, Adams discovered that the moment the Gospels touch the historical record they tend to be exposed as all too human, twisted by political considerations or local pragmatism.”
Tom Sutcliffe, The Independent

“The Bible: A History has been rumbling along inconsequently for four weeks, filling in time as documentary God-slot fodder, but this week’s helping was more of a contract with the devil.”
John Crace, The Guardian

“Maybe it’s Robert Webb’s fault that Let’s Dance felt rather flat. Last year he created one of 2009’s most gleeful TV moments, flashdancing in a leotard so tight that it must have been tattooed on.”
Alex Hardy, The Times

“I know this is hospital drama dealing with people with problems but are the scriptwriters going to far? In the beginning they used to have two, maybe three plotlines per episode. On Saturday it was at least five.”
Virginia Blackburn, Daily Express

“It’s a joyous 30 minutes of show-offs, high camp and freaks held together by a voiceover from Michael Buerk.”
John Crace, The Guardian

“I don’t suppose that the BBC was expecting Indian Hill Railways to be a break-out success, given that it has a title that robustly narrows its own viewer demographic.”
Tom Sutcliffe, The independent

“Rarely has any programme disproved the dictum, ‘don’t work with children and animals’, quite as much.”
Virginia Blackburn, Daily Express

“My best disappointed face is reserved for the BBC’s self-harming split-personality approach to The Bubble…So, BBC, why commission this show if you’re going to neuter it by forbidding your news people from faking stories?”
Alex Hardy, The Times