“It’s Dead Poet’s Society, but with maths.” Read on for the verdict on last night’s TV. 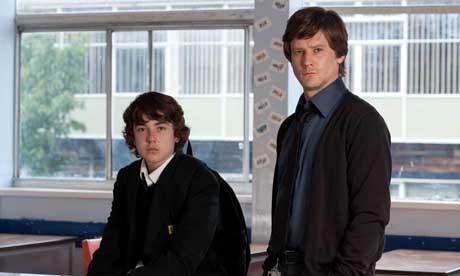 “Why can’t Waterloo Road be more like Excluded… I was reminded more than once of season four of The Wire…It was occasionally over-explicit in telling you things and unconvincing in its psychology. But it also moved and illuminated, and had lines that seemed to come from a teacher’s desk, not that of a television dramatist.”
Tom Sutcliffe, The Independent

“Why was Excluded so much better than Waterloo Road?..It existed in a Britain where school rebuilding is cancelled, academies are the new grammars and politicians get applauded at party conferences for trumpeting a head’s right to exclude. Excluded was political.”
Andrew Billen, The Times

“It had all the air of authenticity about it…None of this necessarily made for good telly though…Any honest drama about exclusion should have been looking at (children without ability) instead of the exhausted cliches of TV drama.”
Matt Baylis, Daily Express