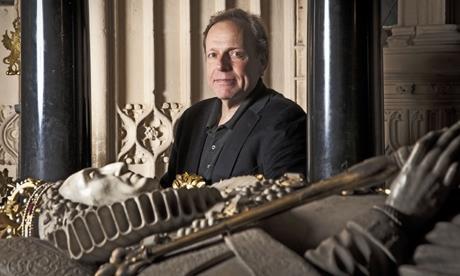 The King and the Playwright: a Jacobean History, BBC4

“Shapiro’s main business here is to map Shakespeare’s late plays on to the politics and the tensions of the Jacobean period, much as he did for Elizabeth I in his bestselling book 1599.”
Tom Sutcliffe, The Independent

“Professor Shapiro brought fine historical insight to the genesis of Timon of Athens, Measure for Measure and King Lear. Shakespeare was catalysed by the fraught polity of Jacobean England into writing some of his darkest plays.”
Stuart Jeffries, The Guardian

“The case was concluded so brusquely that it was as if someone had suddenly noticed the clock and thought, “Blimey, is that the time! Less gossip, more action.”
Tom Sutcliffe, The Independent

“McGurran’s quail was part of, the voiceover announced in TV’s everyday cataclysm of hysterical superlatives, “the toughest competition for the ultimate prize”. By which she meant the regional north-eastern heat of a contest whose winner will make grim-sounding dinner for ex-British athletes. When Peter Andre sang a song called Insania, this was what he had in mind.”
Stuart Jeffries, The Guardian

“It wasn’t just the amazing creatures under the microscope that suffered a cycle of threat and renewal. The Nature’s Giants boffins also had a renaissance, by switching gear from their usual big-hitting beasts to the tiny.”
Alex Hardy, The Times

“In the final instalment she had three costume changes and several lipstick rethinks before grating the carrots for her salad in her tout p’tit appart’ en branché Belleville.”
Stuart Jeffries, The Guardian

“Amid the gloom there were archive stars, new and recurring that we could have predicted – Mary Whitehouse arrived with her morals and the miners returned with another strike.”
Alex Hardy, The Times

“Diverting stuff that’s only really possible to appreciate through the rear-view mirror. It means, of course, that some future Mr Sandbrook will be showing us just how Take Me Out and HOllyoaks perfectly mirrored the mood of early 21st century society. Now that’s really scary stuff.”
Matt Baylis, The Express