“It was far from gratuitous as, true to squaddie stereotype, the hills they trained in rang with banter.” Read on for the verdict on last night’s TV. 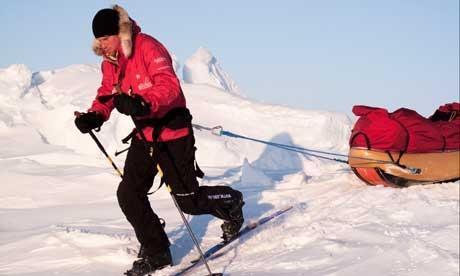 “The four heroes are all amazing. All wounded in Afghanistan, all missing bits and horribly scarred, they talk about what happened with typical army matter-of-fact understatement. The soldier thing, the brother thing, seems genuinely important to Harry. And that too is quite touching.”
Sam Wollaston, The Guardian

“All four of these men had already done the hardest slog, trekking through the Arctic of the mind that divides the unmarked from the permanently disabled. The fact that they could even set out cheerfully was the real triumph.”
Tom Sutcliffe, The Independent

“The People’s Prince played a mere supporting role … while the bulk of the film focused on the soldiers. We were speared no detail of what they had suffered… But it was far from gratuitous as, true to squaddie stereotype, the hills they trained in rang with banter.”
Alex Hardy, The Times

“Built around a single remarkable performance, Nadine Marshall reprising her role as every member of a black family on the day the youngest child is killed in a street stabbing.”
Tom Sutcliffe, the Independent

“Cleverly captured the fragile world in which young urbanites can get caught up. Debbie Tucker Green adapted and directed her successful stage pay, and its style and tone took some getting used to. This is television that takes you in and out of your comfort zone, to great effect, if you are able to stick with it.”
Alex Hardy, The Times

“I like it if after following a show like The Hour week after week, the ending rewards me for the time I’ve put in. I can’t be alone in feeling a little cheesed-off this morning. As hours go, I’ve had more satisfaction at the dentist’s.”
Matt Baylis, The Express

“A movie-worthy tale of villains on the run, hacks on the hunt, dodged coppers and Brazilian beach beauties. It’s a rare and precious event when a TV programme has something to add to the tale.”
Matt Baylis, The Express