“A bad move on an otherwise good programme.” Read on for the full verdict on last night’s TV. 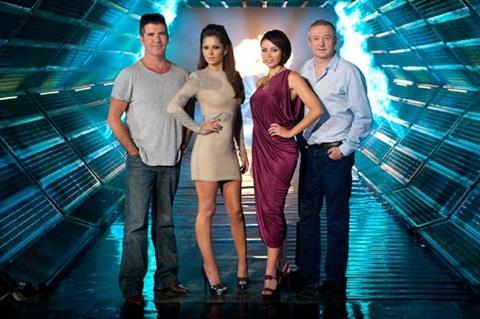 The X Factor, ITV1
“No amount of new gimmicks, or new upbeat mood can disguise that this is the same-old.”
Helen Rumbelow, The Times

The X Factor, ITV1
“While these live auditions seem to work for the joyful eccentrics on Britain’s Got Talent, the bottom rung of bad performers is always that much lower on The X Factor….It’s a bad move on an otherwise good programme.”
Anna Pickard, The Guardian

The Cube, ITV1
“It’s Gladiators without the gladiators, the Krypton Factor minus the Krypton or the factor. It’s entertainment, of a kind, and definitely on the cheap.”
Matt Bayliss, Daily Express

The Rules Of Film Noir, BBC4
“Assembled for BBC4’s excellent film noir season, this clips and talking heads show was in a different class to those programmes where Z-list DJs drone: ‘Do you remember Spangles?’”
Ian McCann, The Independent

Gunrush, ITV1
“Heavily influenced by The Wire, it attempted something grander. Yet, without the time to get under the killer’s skin, it left us with the same stereotypes of feral youth we hear about all the time.”
Helen Rumbelow, The Times

Gunrush, ITV1
“The drama’s message remained unclear, although there were hints about racism, class and the power vested in firearms….Gunrush was gripping.”
Ian McCann, The Independent

Tough Guy Or Chicken?, BBC3
“The prospect of seeing five young shavers from Dorking getting chewed up and spat out by this rugged lifestyle was an appealing one.”
Matt Bayliss, Daily Express

Bus Pass Bullfighter, C4
“Showing in C4’s First Cut slot, [this] was a beautiful film about a vile ‘sport’”.
Ian McCann, The Independent