“I think watching this lot even in real time would still be jaw-dropping.” Read on for the verdict on last night’s TV. 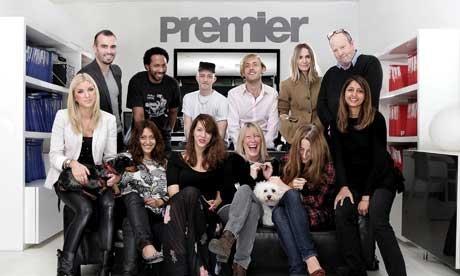 “The Model Agency appears to be employing the same technology that Channel 4 used in The Family, with every wall sporting a boss-eyed camera so that no hissy-fit or camp aside is missed.”
Tom Sutcliffe, The Independent

“Yes, I’m sure a lot of it is created in the edit. But, to be honest, I think watching this lot even in real time would still be jaw-dropping. They don’t just hang themselves, they then chop their own heads off and stick them on the railings.”
Sam Wollaston, The Guardian

“This pared down classic fly-on-the-wall documentary did nothing more than show us, without fancy tricks or voiceover, the goings-on in a busy agency booking models.”
Matt Baylis, The Express

“As India exited to sanity, Jade, a fireman’s daughter, walked through the door and took the bait. For the combination of steeliness and flakiness, top modelling takes some beating. So will this series.”
Andrew Billen, The Times

“It was interesting to hear from some of Lionel Logue’s other patients and there were two excellent details that would surely have made the feature film a bit more thistly and indigestible than it actually was.”
Tom Sutcliffe, The Independent

“One thing you don’t expect in a forensic crime show is humour. Gags were crawling out from every mortuary slab in last night’s episode in which the city was plunged into darkness by an attack on an internet server facility and sub-station.”
Matt Baylis, The Express