“One of the most powerful and moving documentaries of the year.” Read on for the latest verdict on last night’s TV. 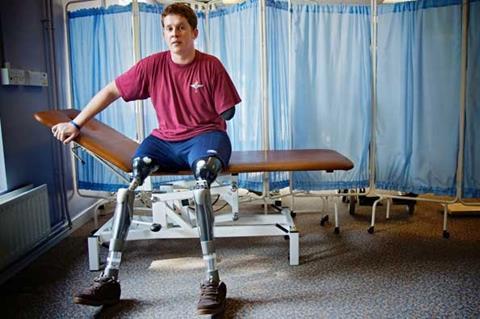 Click here to read the story behind making the documentary

“This extraordinary film by Sarah Hardy is not heroic, or glorious. Nor is it sentimental… mostly it’s bloody grim. Because that’s what it’s like, returning from war with terrible injuries. Wounded is brutally honest, and spares the viewer nothing, physically or emotionally. It simply follows two badly hurt boys through the long and painful process of getting used to what remains of their lives. And for that it’s very powerful, and very human.”
Sam Wollaston, The Guardian

“The film, against the odds, ended on an upbeat… We were not invited (of given time, for that matter) to question the war that both these men had been forced to bring home with them.”
Tom Sutcliffe, The Independent

“A calm but crunching documentary… that struck a fine, humane balance between candour and intrusiveness.”
James Walton, The Daily Telegraph

“It was with a sense of duty rather than enjoyment that I sat down to watch Wounded, and this really did not make easy viewing for anyone concerned.”
Virginia Blackburn, Daily Express

“This was one of the most powerful and moving documentaries of the year.”
Tim Teeman, The Times