“It’s a shame Horizon is only a TV show, and not a four-year degree course in climatology.” Read on for the verdict on last night’s TV. 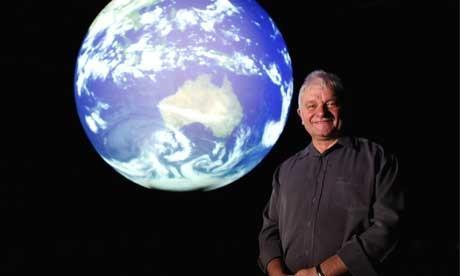 “I was entirely won over by Nurse’s eloquent argument that science and scientists should be accorded much more respect.”
Brian Viner, The Independent

“It’s a shame Horizon is only a TV show, and not a four-year degree course in climatology. There was never going to be enough room to supply the ammunition with which to overwhelm the doubters and deniers.”
Tim Dowling, The Guardian

“It is one of those shows that make me wonder, on the basis that we get the telly that we deserve, how much lower we can sink.”
Brian Viner, The Independent

“The latest instalment from the Princess Anne maternity hospital in Southampton was educational, informative and entertaining.”

“It must have an audience made up entirely of couch-bound people whose remote batteries died while they were watching Glee.”

“If the film’s intention was to make profoundly uncomfortable viewing, this was achieved.”

“The Glee writers have “gone there” and themed an episode around religion. But it’s to their credit that, on a backdrop of a family tragedy, they refuse to let the punchline count wain.”
Alex Hardy, The Times

“Most TV shows, so experts say, can be boiled down to a single line. For Silent Witness it might be “Yuck!”.”
Matt Baylis, The Express

“Episodes rankles for the same reason Extras started to. It’s not about losers but about people who haven’t any reason to complain.”
Matt Baylis, The Express