“More intimate and sympathetic than Junior Doctors.” Read on for the verdict on last night’s TV. 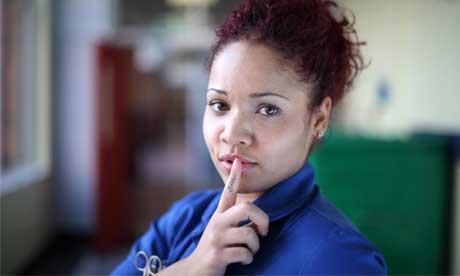 Confessions of a Nurse, More 4

“The three women were all wearily familiar with life on the ward, which is not to say that they were unhappy in their work (all three said how much they enjoyed it),only that they were no longer surprised by what each day might throw at them.”
Tom Sutcliffe, The Independent

“This is more intimate and sympathetic than Junior Doctors. Well, doctors are an easier target – they’re on their way to power and wealth. It’s harder to have a pop at people on £14,000 a year (which is what Latoya, the healthcare assistant, gets).”
Sam Wollaston, The Guardian

“This show, which used the debatable technique of having the nurses voiceover previously shot footage to reveal what they had been thinking but dared not say, was not about angels confessing. It was about giving them the right of reply.”
Andrew Billen, The Times

Junior Doctors: Your Life in Their Hands, BBC3

“We began with what nurses call Black Wednesday, the day that newly qualified doctors arrive for their very first shift, jittery as hell about their ability to apply theoretical knowledge to real patients.”
Tom Sutcliffe, The Independent

“They all improve; one day they’ll help form the backbone of our health system. Possibly even Andy. But if you find yourself in hospital in the first week of August, ask for none of them. Probably best to stay away all together.”
Sam Wollaston, The Guardian

“Nether Aki nor Andy were the show’s star, though. This was a self-confessed “Chelsea girl”, ie Sloane, called Milla, who probably thinks of the Chelsea and Westminster as her cottage hospital. Milla should have been Miranda Hart in Call the Midwife but she turned out to be immediately competent.”
Andrew Billen, The Times

The World Against Apartheid: Have You Heard From Johannesburg?, BBC4

“In the first episode of this justifiably serious documentary heavyweight figure upon heavy weight figure came forward to speak of ANC ambassador, Oliver Tambo’s personal charm and charisma and why this had earned their unwavering support for the cause.”
Matt Baylis, The Express