“Only occasionally, did the translation to the modern day seem just right.” Read on for the verdict on last night’s TV. 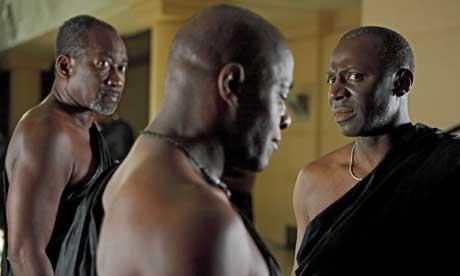 “The production’s semi-filmic adaptation on TV provoked a series of distracting questions… Only occasionally, did the translation to the modern day seem just right.”
Andrew Billen, The Times

“Offered an intriguing practical illustration of the difficulties directors sometimes face in putting Shakespeare on the small screen. ..But generally speaking, it’s alive in a way a recorded stage performance can never be.”
Tom Sutcliffe, The Independent

“I enjoyed it. Not just enjoyed; I think I actually got something out of it, too. And if I can, anyone can, so long as they’re prepared to put a little bit of effort in.”
Sam Wollaston, The Guardian