“It was essentially an autopsy.” Read on for the verdict on last night’s TV. 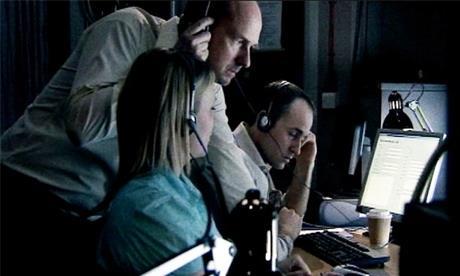 The Plot to Bring Down Britain’s Planes, Channel 4

“The most thrilling scene came with the climactic arrests. The rest we learned at the time in news bulletins, and in the new security restrictions at airports. But the real tension in the film, away from the special effects and frenetic camera work, was that which had simmered throughout between London and Washington.”
Simon Usbourne, The Express

“It was essentially an autopsy, a step-by-step account of the intelligence operation against a home-grown and utterly terrifying plot in 2006 toblow up commercial airliners with liquid explosives.”
Matt Baylis, The Express

“I have a feeling the film was meant to leave me feeling disturbed as to just how close this country had come to total mayhem, but it actually had the opposite effect of making me feel rather reassured.”
John Crace, The Guardian

“This rather beautiful, honest film was a long apology to Langan’s ex-wife, who haunted his dreams.”
Andrew Billen, The Times

“Presented without hand-wringing and with humour, this was one of the most memorable accounts of what dementia takes away and leaves behind.”
Matt Baylis, The Express

Nixon’s the One, Sky Arts 1

“This was like a surreal mixture of The Thick of It, The Office and Forrest Gump. The surreal bit being that it all actually happened, as the dialogue was recreated word for word from the Nixon tapes.”
John Crace, The Guardian

“I found it a hideous reminder of how even in a democracy immense power can end up in soiled hands.”
Andrew Billen, The Times