“It was a potentially interesting subject, squandered by a programme that was little more than a banal dating show.” Read on for the full verdict on last night’s TV. 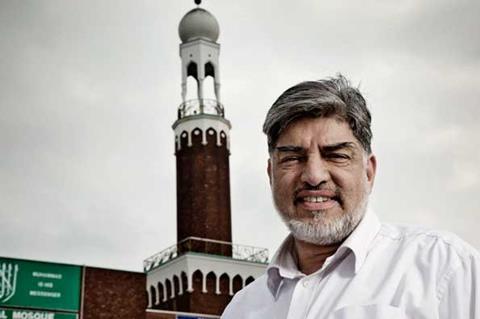 Revelations: Muslim and Looking for Love, C4
“It was a potentially interesting subject, squandered by a programme that was little more than a banal dating show.”
Paul Whitelaw, The Scotsman

Revelations: Muslim and Looking for Love, C4
“To fill the hour it resorted to what documentaries on the commerical stations so often do: endless recapitulation, before and after each ad break, of what we had just heard.”
Andrew Billen, The Times

On Thin Ice, BBC2
“For me it was a surprisingly startling televisual trip, made all the more remarkable because of the way it comprehensively rearranged the image of Olympic gold medal winner James Cracknell from noble hero to disagreeable berk.”
Paul Whitelaw, The Scotsman

Rivers with Griff Rhys Jones, BBC1
“Abseiling down waterfalls, canoeing down rapids, demonstrating the principles of hydroelectricity, Jones did what he could to fill the unforgiving hour with 60 minutes’ worth of distance swam, but the show was still reduced to including excruciating, irrelevant scenes.”
Andrew Billen, The Times

Casualty, BBC1
“Saturday’s episode of Casualty was extraordinary, even by Casualty’s extraordinary standards. It’s like one of those attempts to get into the Guinness Book of Records by cramming as many people as possible into a Mini, except that this is to see how much drama – and blood – you can get into an hour of TV. And who cares how plausible it is?”
Sam Wollaston, The Guardian