“Reality television has just discovered Tyneside, it seems.” Read on for the verdict on last night’s TV. 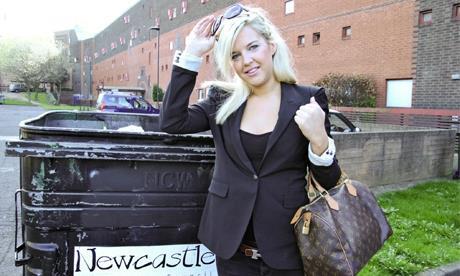 “It was good, thought-provoking stuff.”
Virginia Blackburn, The Daily Express

“Reality television has just discovered Tyneside, it seems, with Geordie Shore and now this.”
Sam Wollaston, The Guardian

“To the producers disappointment, I suspect, everyone from both sides behaved very well, which is perhaps why they’re all going to be given masses to drink in next week’s episode in the hope that something finally kicks off.”
Tom Sutcliffe, The Independent

“One of the best police shows on TV…very sharply plotted with Starling seemingly leading the CSIs on an intricate chase, the momentum of which never faltered.”
Virginia Blackburn, The Daily Express

Richard Hammond’s Journey to the Bottom of the Ocean, BBC1

“20 minutes of interesting stuff is dispersed throughout the programme and interleaved with the deep tedium of Discovery Channel bombast, a rhetorical form that is so clogged with superlatives and worked-up awe that it leaves you aching for a bit of human nunance and ambiguity.”
Tom Sutcliffe, The Independent

“The drama’s premise is so inspired it just about outweighs the uncertainty of its execution.”
Andrew Billen, The Times

The Camera That Changed the World, BBC4

“The story of the birth of verité documentary-making proved a fascinating one.”
Andrew Billen, The Times