“It was a beautifully structured, tightly wound, slow-burn thriller.” Read on for the verdict on last night’s TV. 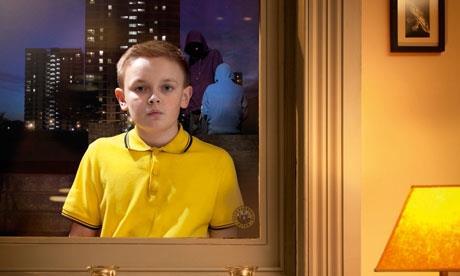 “This drama wasn’t just a catalogue of middle-class, modern day neuroses. It was also a beautifully structured, tightly wound, slow-burn thriller. Plenty to look forward to for the rest of the week.”
Alex Hardy, The Times

“It touches on the kinds of melodramas quite a few viewers will have written in their heads. In the meantime, it’s beautifully acted and queasily knowing about the tender spots it presses on.”
Tom Sutcliffe, The Independent

“The writing and plotting became more layered and intricate, with changes of pace and perspective. By the end, I found myself caring about what happened to everyone.”
John Crace, The Guardian

“It had its moments… but it failed to answer the central question of what drives someone to become a chaplain. Still, I’m not planning to give up on the programme just yet.”
John Crace, The Guardian

“Liverpool University’s Anglican chaplain James Harding had a fair point… The truth is that you should take religion to the people, not the other way round.”
Matt Baylis, Daily Express

“Someone must have thought there’s an appetite to be fed. But that misses the point that a radio recording offers devotees added value in terms of off-mic remarks and general larking about.”
Tom Sutcliffe, The Independent

“It came billed as the new holiday for our cash-strapped, austerity age but it felt rather more like a wry workout in gentle nostalgia.”
John Crace, The Guardian

“A better title for China: Triumph and Turmoil might be China: Yes You Should Be Worried. As the instalments of this series roll by the reasons to be concerned multiply.”
Matt Baylis, Daily Express