“His bulletproof status has been founded on words as lyrical as the sights they accompany.” Read on for the verdict on last night’s TV. 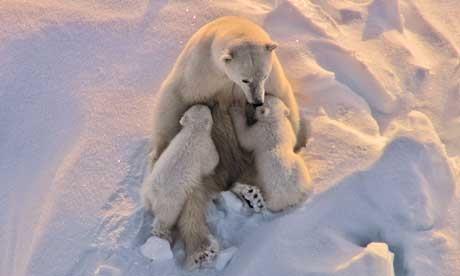 “Global apocalypse is, of course, a bigger deal than the retirement of a TV presenter … isn’t it?.. The series took four years to make but on the strength of the first episode it was worth every day. Even by Attenborough’s standards it was epic: sweeping score, hallelujah photography, elegant narration. His bulletproof status has been founded on words as lyrical as the sights they accompany… Like all good narrators, he also knew when to shut up.”
Ed Potton, The Times

“If, like me, you felt a moment of doubt at the beginning of last night’s episode…I can’t imagine it will have been very long before the doubt evaporated. Even the music was beautifully judged here, a low throb of tension as the victim’s options steadily diminished. If [it disappears], we’ll have a beautiful record of what we’ve lost.”
Tom Sutcliffe, The Independent

“Sometimes the journey isn’t clear.  I don’t like the term “narrative arc”, but I can’t see much of one here, we’re just leaping around all over the place. And that music: omnipresent, intrusive, telling me want to think…These are little moans though – nasty, niggly nit-picking. Because Frozen Planet is fabulous, beautiful, sumptuous. Of course it is: it took 100 camera crews 100 years to make, at a cost of £100m….[And] Attenborough is who you want. He provides the passion, and a lovely dignity to it all. Charm, too. He is the Don.”
Sam Wollaston, The Guardian

“Without Ian Hislop at his side, Merton cuts a different figure, still suffering from a permanent attack of sarcasm, still loveably uptight and offbeat but somehoe  more open to the world than one would ever have imagined. It’s more like an updated Whicker’s World, although it’s unimaginable Alan Whicker would appear to have run naked into the sea at the end of an episode.”
Matt Baylis, Daily Express

“Channel 5 has clearly asked him to play it straighter and his cuddly bemusement gave this travel doc the feel of a slightly funnier Wish You Were Here?”
Ed Potton, The Times