“Camper, more self-mocking and altogether sillier.” Read on for the verdict on last night’s TV. 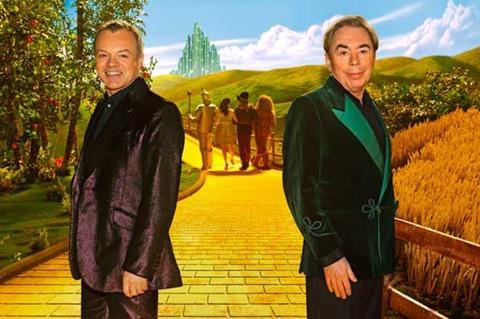 Over The Rainbow, BBC1

“Andrew Lloyd Webber’s latest television search for a new musical star is camper, more self-mocking and altogether sillier that all of his three previous series put together.”
Serena Davies, The Daily Telegraph

“Saturday’s live show went on a bit but you could hardly deny its entertainment value.”
Andrew Billen, The Times

“These Revisited programmes are a case of ITV1 flogging the horse it has killed by disinterring chunks of old SBSs and tacking new interview footage round the edges.”
Serena Davies, The Daily Telegraph

“In SBS’s last round of hurrahs, Melvyn Bragg reinterviewed ALW, drawing on previous hagiographic portraits from 1978 and 2003. The programme was a masterclass in sycophancy.”
Andrew Billen, The Times

“Ironically, for a show about accidents and emergencies, Casualty is TV to make you feel safe. You wouldn’t want to watch it too often, but you’re always pleased to know it’s there, instead of yet another crap reality show.”
John Crace, The Guardian

Wonders of the Solar System

“Rather than just parcelling up a few scientific sound-bites and repeating them endlessly in different locations with ever-flashier graphics, this show believes it is better to leave a few viewers struggling if there’s the slightest chance of getting the rest to engage with some serous theoretical physics.”
John Crace, The Guardian

“It’s remarkable what you can achieve if you don’t let common sense hold you back. This rule (which has a stupendous number of exceptions to prove it) is one of the dependable charms of architectural makeover programmes, the latest of which, The Restoration Man ups the stakes considerably by concentrating solely on listed buildings.”
Tom Sutcliffe, The Independent