“Thoughtful, compelling and darkly entertaining.” Read on for the verdict on last night’s TV. 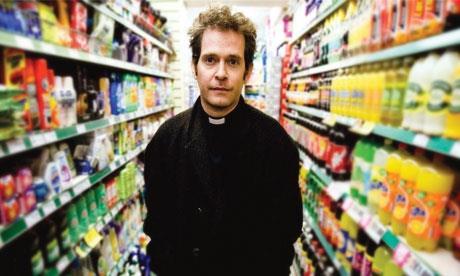 “It was the best so far, a rousing finale… I wasn’t sure about Rev when it started, but it has grown on me. I still think it’s essentially Dibley… But then sitcoms just aren’t any funny anymore; there are more laughs to be had in the average episode of Would I Lie to You?, or even Total Wipeout.”
Sam Wollaston, The Guardian

“This last episode, where Tom Hollander’s Rev Adam Smallbone suffers a monumental crisis of faith, was not exactly a barrel of laughs. What it was, however, was thoughtful, compelling and darkly entertaining.”
Sarah Vine, The Times

“As a tool for turning over the topsoil of the modern celebrity psyche, the format is practically infallible.”
Sarah Vine, The Times

“When a film is so wise, so grounded in specifics, composed in such controlled anger, it’s a pity to limit its persuasive powers by not dealing with the counterarguments… Like all the most powerful reporters, Macqueen is motivated more by identifying the problem than the solution.”
Archie Bland, The Independent

“If you’re not into Neighbours, get into it now… It’s running one of the most gloriously tangled love-triangle storylines to feature in a TV drama, coming to a head in the wedding of Toadie and Steph.”
Matt Baylis, Daily Express