“Easy to watch but like a mannequin, so challenging to warm to.” Read on for the verdict on the weekend’s TV. 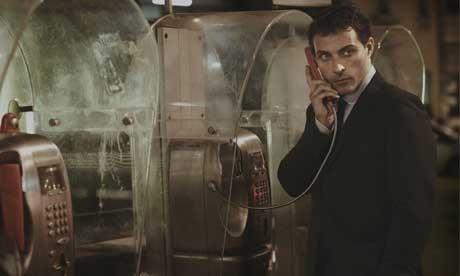 “The story quickly became preposterous, and the ending, for a murder mystery, was curiously flat and inconsequential. The ride was enjoyable enough – atmospheric in a murky, grey-green sort of way, with a pleasing, restrained chemistry between Sewell and his love interest. So far I like Zen, or at least the idea of him…but I don’t like having my suspension of disbelief stretched to breaking point.”
Tim Dowling, The Guardian

“The tension is beautifully wound as he battles the baddies…and the advances of an impossibly gorgeous colleague.”
Alex Hardy, The Times

“It looks good – the images are as sharply defined as the tailoring – and Sewell captures some of the character’s melancholy…but for anyone relishing the cynical skulduggery of Italian ministerial politics the later plot developments were something of a disappointment. A drama that began with Berlusconi-style conspiracies, as dark and intense as an espresso, suddenly turned into Enid Blyton with an Italian accent, complete with swarthy villains and underground adventure.”
Tom Sutcliffe, The Independent

“Zen is easy to watch but like a mannequin, so challenging to warm to. We want our telly cops to be crumpled, to wake with hangovers, lose their tempers, suffer from indigestion and sleep in their cars. ”
Matt Baylis, Daily Express

“It was by turns charming, moving and disturbing. I wouldn’t go so far as to call this dark, but it was by no means uniformly light-hearted, and the manginess of the postwar variety circuit was nicely evoked.”
Tim Dowling, The Guardian

“In total, six performers played Eric and Ernie, and not one of them let the others down – though the Erics, in the drama as in the original act, seemed to have a lot more fun.”
Tom Sutcliffe, The Independent