“I don’t think it inconceivable that we’ll see young Morse again.” Read on for the verdict on last night’s TV. 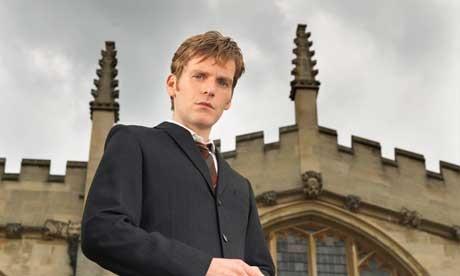 “Mining Endeavour’s early years could have been Morse-by-numbers, as writers crowbarred in the paraphernalia of Thaw’s 23-year run…But this was a quality act, and no surprise, given that creator Colin Dexter still has his fingers firmly on its pulse. This feature-length episode gave his story room to breathe, but also let in some implausibility… Here begins the lobbying to make it a series, no doubt.”
Alex Hardy, The Times

“The story is a bit loopy…  But Shaun Evans is beguiling in the title role – certainly he has more presence and charisma than [Lewis’] Kevin Whately. And there are lots of nice little nods to the future…John [Thaw] doesn’t have a grave (he was cremated) but if he did he’d probably be smiling in it not turning.”
Sam Wollaston, The Guardian

“It was gratifying to see that someone had given the whole matter a lot of thought…And yet somehow sadly, it was not quite good enough…Many of the bits of Inspector Morse were taken apart and reassembled as if they were car parts, the end result being something not unlike an old Jaguar. Looking good but crucially lacking soul.”
Matt Baylis, Daily Express

“It’s lavish, colourful, ambitious and very expensive. It looks fabulous, and swashbuckles along nicely. There are big stars wherever you look…But then, at the end, [Long John Silver] suddenly has a moral epiphany…a sugary soppy Hollywood ending. They’ve changed it, not just unnecessarily but unquestionably for the worse, and that’s a travesty. Robert Louis Stevenson, Captain Flint, Davy Jones, will be turning in their graves/lockers.”
Sam Wollaston, The Guardian

“This version is a credit to the lighting, cameraman, colour grader and editor, but it’s a shallow, prettified, easy-watching, glib and careless story — everything that Dickens wasn’t.”
AA Gill, The Sunday Times

“Although his film couldn’t entirely overcome television’s deep anxiety when it comes to the discussion of literature, this had more close reading than most contain”
Tom Sutcliffe, The Independent