“Was it really that good of an interview?” Read on for the verdict on last night’s TV. 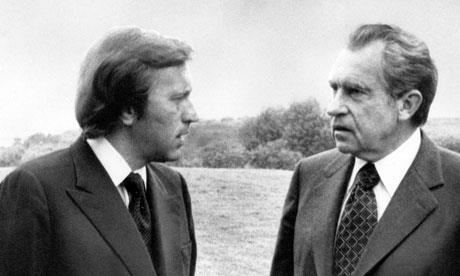 “Was it really that good of an interview? There’s no doubting its significance then…But watching it now it’s easy to feel that it gets bogged down for most of its length in prevarications and chop-logic.”

“Fry met a terrifyingly charming academiste who without batting an eyelid said the truly endangered language here was French, a pure tongue under assault from nasty global-English words such as ‘cheeseburger’ and ‘internet’.”
Matt Baylis, Daily Express

“Yet, as with so many extremely erudite and glibly fluent men, after the awe you are left with the suspicion, the merest echo, that the words are not lined up in such gorgeous panoply for illumination, but as obfusication.”
AA Gill, The Sunday Times

“The war carries on. And there’s some business going on in Russia, something about Lenin denouncing the bourgeoisie. But Downton’s not too fussed about any of that – the real issue is Lady Mary and Matthew’s ongoing will-they-won’t-they relationship.”
Sam Wollaston, The Guardian

“The script’s attempts to scare were equally underpowered. Exploring a deserted farm, Arthur’s men were startled first by a goat, then by the crunch of an apple, and lastly by a hen.”
Andrew Billen, The Times

“I took a crash course in Whovian cosmology from my daughter before settling down to watch, but I can’t say it helped a lot. When one character gravely announced that, ‘Silence will fall when the question is asked,’ the first question that came to my mind was ‘why the hell am I actually watching this?’”
Tom Sutcliffe, The Independent

“Watching Doctor Who holds the satisfaction of watching a Rubik’s Cube being completed. The episode began with the anarchy of an opening sequence in which all time coexisted and a steam engine pulled out of London Gherkin. By its end everything fitted perfectly.”
Andrew Billen, The Times

“The tears of self-pity are now an almost continuous snotty cataract of entitlement. It is instructive to see how quickly the audience becomes immune to the keening and the sob stories.”

“Nobody came out of this well – it was a story without sympathy. [Shirley] Bassey sang her way out of South Wales at the expense of her own child and became a demanding insecure diva. Her manager was mean; her husband was gay; her mother was a trollop. They were manipulative and selfish. It was a story that started off miserable and ended up miserable, but with better clothes.”
AA Gill, The Sunday Times

“You find yourself thinking, ‘[Ruth Negga] might actually be a better Shirley Bassey than Shirley Bassey.’”
Caitlin Moran, The Times