“It leaves your stomach in knots.” Read on for the verdict on last night’s TV. 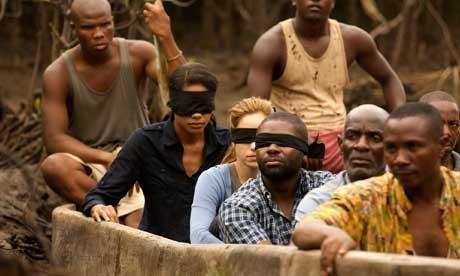 “It was a case of too much pepper ruining the whole dish. The situation didn’t need more hyperbole than was naturally present, yet Guy Hibbert’s script insisted on words of cloying sentimentality in characters’ back stories.”
Alex Hardy, The Times

“The denouement comes tonight (when we can expect more wailing) but for all May’s deftly delivered hysteria, the strength of Blood and Oil, written by Guy Hibbert (Five Minutes of Heaven, Omagh), lay in its exposure of an under-reported world.”
Simone Usborne, The Independent

“It’s extraordinary to watch it all: the staggered arrivals of the assassination team at the airport; meetings; the hotel being staked out; even the moment a tourist almost disrupts it all.”
Sam Wollaston, The Guardian

“If Four Weddings wants anything like the darling status of CDWM, it needs to go back to basics.”
Alex Hardy, The Times

“It hardly mattered that most of the recipes seemed impossible (two Michelin stars didn’t prevent holes appearing in the fiendishly thin croustade pastry); Blanc is delightful enough without me needing to eat his food (though I wish I could). And, crucially, he fortifies everything—his recipes, his unscripted chat, his working kitchen—with honesty.”
Simon Usborne, The Independent