“Wogan creaked his way round the old country, distributing far more blarney than he received.” Read on for the verdict on last night’s TV. 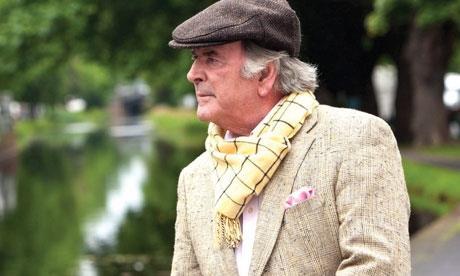 “The remarkable thing, as Wogan creaked his way round the old country, distributing far more blarney than he received, was that we learnt anything at all. But we did.”
Andrew Billen, The Times

“It was a curiously ironic personal story. It has been a conscious endeavour for Knopfler to make himself smaller, after first dreaming of becoming big.”
Arifa Akbar, The Independent

“The Paedophile Hunters: This World set up a moral conundrum by relating the paedophile crimes in Cambodia – namely the pimping of underage girls to Western paedophiles – to a history of American oppression and the legacy of the Khmer Rouge.”
Arifa Akbar, The Independent

“It’s harrowing and shocking – not just because of the abuse that goes on, but because of the families who sell their own children into the trade. It’s also a proper documentary, in that it reports on events rather than creates them.”
Sam Wollaston, The Guardian

“Anyway, From Haiti’s Ashes tells the story of how O’Brien got the market up and running again. It’s an excellent one.”
Sam Wollaston, The Guardian

“By repairing the market you might suspect that as well as having a big heart and finely-tuned conscience Mr. O’Brien wanted to repair his own market. However, then you have to ask whether the motive matters as much as the end result.”
Matt Baylis, The Daily Express