“May not be too deep but it’s none too shallow either.” Read on for the verdict on last night’s TV. 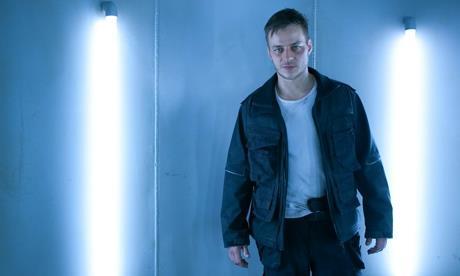 “The Deep is preposterous – the cast, the set, the script, the story, the idea, the whole thing… And yet, at the end of this first episode (of five), I did find myself wondering a few things… Have I really been almost literally sucked into this nonsense?”
Sam Wollaston, The Guardian

“There are times when this feels like a flatpack drama kit from a well-known Swedish furniture store but it also has a few tentacles to sucker us in… The Deep may not be too deep but it’s none too shallow either.”
Matt Baylis, Daily Express

“While The Deep kept pressing the keys that should have got “escapist summer fun” floating up on to our screens, it was a slightly airless (or to be technical about submarine ventilation, neonox-less) voyage.”
Andrew Billen, The Times

“Some of the CGI looks like it has been knocked out on an Atari… In the first episode, our teeth chattered through 30 minutes of crepuscular exposition before the scientists got into trouble, and their plans quickly capsized. It’s not so much a cliffhanger as a sedimentary-layer-clinger.”
Rob Sharp, The Independent

“At the risk of taking the documentary less seriously than it did itself, I did wonder where the comely presenter Alice Roberts was going when, following her observation that swimming in rivers was “a bit naughty”, she announced that she was finding her wet suit a “barrier” between herself and the rivers she swam.”
Andrew Billen, The Times

GLAMOUR MODELS, MUM AND ME, BBC3

“I expected to hate this show. I was planning to write here how the production team should ring up their own mothers and apologise for this scabrous blip on the cultural head-up display. Instead, I found myself warming to Georgia and her mother.”
Rob Sharp, The Independent