“A slice from life’s bottom tier.” Read on for the full verdict on last night’s TV. 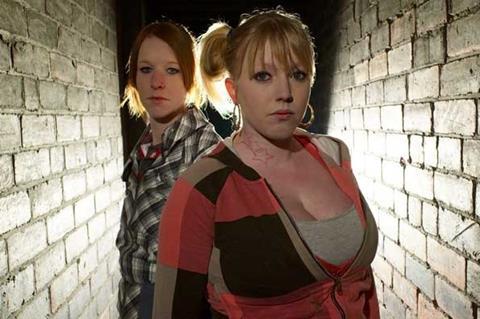 The Trouble With Girls, BBC2
“In spite of the laughs, the jokes and the (very) colourful language, this is not a happy film. There are endless false dawns, then hopes dashed… There are all sorts of clues to some of the causes of Shona’s and Abbie’s problems… but the film doesn’t actively seek reasons, it lets Shona and Abbie do the talking. And it’s all the more powerful for that.”
Sam Wollaston, The Guardian

The Trouble With Girls, BBC2
“No doubt there was some bluffing from both girls when they talked about prison as being Butlins with bars, but their need for externally imposed criticism screamed out of Jo Hughes’s warm film, a slice from life’s bottom tier.”
Andrew Billen, The Times

The Street, BBC1
“Jimmy McGovern and his co-writers place too much faith in the virtue of women… But, as usual the drama was beautifully scripted and acted and it included the detail you’d think of only if you still drank in the pubs you did before you became a big name writer.”
Andrew Billen, The Times

Four Weddings, Living
“Four Weddings is good. Because a wedding shouldn’t just be about the union, through love, of two people. Boring! It should be about being better than someone else’s wedding, about competition, voting, reality TV.”
Sam Wollaston, The Guardian

Wallander (Swedish version), BBC4
“This one didn’t aim half as high as the BBC version… A fine story, nicely complicated by a crew of nutters and racists, but still, somehow, not quite hitting the mark.”
Mark Baylis, Daily Mail

Dispatches: The War Against Street Weapons
“Intriguing, although the idea was to treat street crime as a disease (isolate and cure those with it, inoculate those in danger), the programme’s cocksureness made me resist the urge to take to the street waving a banner demanding “a public health model” for street crime and [Justice Minister Maria] Eagle’s head on a pike.”
Andrew Billen, The Times