“It could have been called the sanity of King George.” Read on for the verdict on last night’s TV. 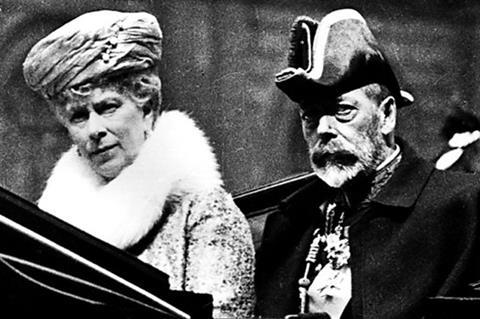 King George and Queen Mary: The Royals Who Rescued the Monarchy, BBC2

“This archive trawl repeated familiar mantras about how the royal family cared a great deal more for the country than they did for each other, without ever once pointing out that the supposed rescue effort was every bit as much for their benefit as ours, or asking if we might not have been better off as a republic.”
John Crace, The Guardian

“It could have been called the sanity of King George. The obsessive stamp collector with the “intellectual capacity of a railway porter” was no fool. Hearing the monarchical tide drawing across Europe he did everything he could to save the British firm.”
Andrew Billen, The Times

“It was gross in every respect – a supermarket-tabloid tale about a grotesquely overweight woman accused of murdering her nephew.”
Tom Sutcliffe, The Independent

“The question from a viewer’s point of view was whether all these explanations were more or less entertaining than not knowing the truth. There is after all nothing that weird about a world where everything is understood.”
Matt Baylis, The Express

“No two confronted cowboys are ever quite the same. But they always make better entertainers than builders.”
Matt Baylis, The Express