“Stolen manages to be thrilling and moving and shocking all at the same time.” Read on for the verdict on last night’s TV. 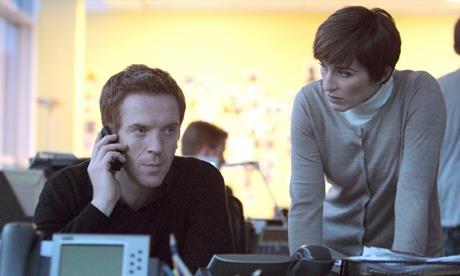 “Penned by Stephen Butchard, a dramatist uniquely skilled at turning true, grisly tales into gripping television, this one-off made it clear that the market in human flesh is still buoyant within our own borders.”
Matt Baylis, The Express

“It may have lacked the moral ambiguity that characterises many of the best modern cop dramas, but then child trafficking doesn’t strike me as a grey area. There’s no analysis of its causes that could make me sympathise with the perpetrators.”
Tim Walker, The Independent

“An admirable drama and, while it hardly sung off the screen as Dickens’s novels sung off the page, it wasn’t for a minute dull.”
Andrew Billen, The Times

“Stolen manages to be thrilling and moving and shocking all at the same time.”
Sam Wollaston, The Guardian

“The world of Arthur and his knights is a fantasy and some historians think the jus primae noctis is too. For the plot it tied in nicely with Arthur’s effort to ensure law and order across the land and his evil half-sister Morgan’s (Eva Green) wish to ensure the opposite.”
Matt Baylis, The Express

Secrets Of The Pop Song, BBC2

“You might think that after an hour of enduring the same now-tedious piano riff, we’d get to enjoy at least one uninterrupted airing of the final, polished track, entitled “World War Three”. But no, a couple of influential radio pluggers listened to it instead, then talked over the top of it.”
Tim Walker, The Independent

“It’s absolutely fascinating to witness the whole process from seed to fruition, like watching over the shoulder of a brilliant artist at work, sketching an outline, adding colour, and layers, turning it into something beautiful.”
Sam Wollaston, The Guardian