“I had already heard more than enough about Zuckerberg five years ago.” Read on for the verdict on last night’s TV. 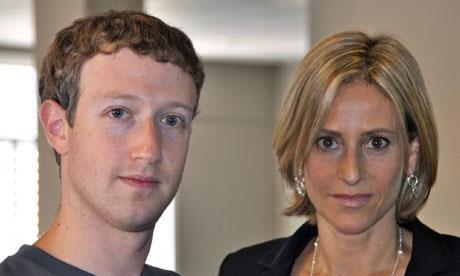 Click here to read a blog from producer Charles Miller

“It shows just how much Facebook has changed everything that last night’s tale of a computer nerd who didn’t so much strike gold, as happen upon a whole planet of it was not dull, it was gripping stuff.”
Virginia Blackburn, Daily Express

“The programme started off as yet another all too familiar portrait of the Harvard geek turned Silicon Valley billionaire: I had already heard more than enough about Zuckerberg five years ago and nothing I’ve learned since has added to my sense of wellbeing.”
John Crace, The Guardian

“It was less interesting on the man whose name featured in its title. By the looks of it, [Emily] Maitlis scraped around seven minutes with Zuck, five of which were taken up with him saying “cool” and “awesome” a lot.
Alice Jones, The Independent

Click here to read our behind the scenes report

“Yet none of this really seemed to matter, as good satire often lies as much in the fun you have along the way as in the absurdity of the set-up.”
John Crace, The Guardian

“It was, perhaps, a little over-egged, waging war on everything from the press and politics, to Twitter, the Turner Prize and the Royal Wedding but you couldn’t fault its bilious verve.”
Alice Jones, The Independent

“Like the best satire, [Charlie] Brooker’s dark glass revealed the ugly faces of those who wield power. Brooker, whose opinion is shared by the film-maker Adam Curtis – and, judging by his film last week on tax, the BBC’s Nick Robinson – declared that wherever power resides it is no longer with politicians. The PM’s bestial humiliation was a metaphor for that.”
Andrew Billen, The Times

STORYVILLE – INTERRUPTERS: HOW TO STOP A RIOT, BBC4

“This was the kind of programme that could make you suicidally depressed or restore your faith in human nature, for the interpreters in question were those trying to stop inter-gang warfare in Chicago.”
Virginia Blackburn, Daily Express

THE PARTY’S OVER: HOW THE WEST WENT BUST, BBC2

“There’s been a rash of these economic disaster docs this year and I’ve found them all oddly comforting. Not because so many people are out of work or the boss class is still raking it in, but because it restores my faith in my own sanity.”
John Crace, The Guardian