“There were, in truth, some pretty good elements, but they just weren’t explored properly.” Read on for the full verdict on last night’s TV. 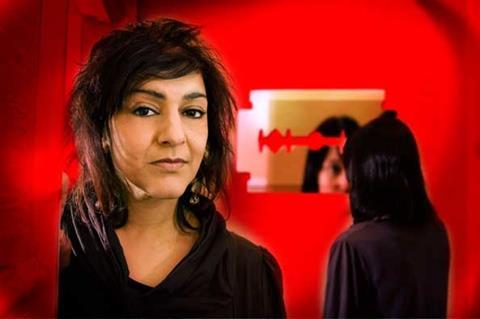 A World of Pain: Meera Syal on Self-Harm, BBC2
“There were, in truth, some pretty good elements, but they just weren’t explored properly.”
Alice-Azania Jarvis, The Independent

A World of Pain: Meera Syal on Self-Harm, BBC2
“None of these pat explanations for self-harm make any sense.”
Matt Baylis, Daily Express

A World of Pain: Meera Syal on Self-Harm, BBC2
“Syal’s exploration was in many ways uniquely detailed and daring. Describing the rise in self-harm as a national mental health epidemic - one in five teenagers has apparently self-harmed - Syal gave a solid insight into the pressures that she thinks leads to it - today’s want-it-all society. But it was the amazingly frank interviews with self-harmers that were truly revelatory, throwing more complex spanners into the works.”
Alex Hardy, The Times

Lie to Me, Sky 1
“The show itself is a little dull and the premise is very unlikely.”
Andrea Mullaney, The Scotsman

The Mentalist, Five
“This is a smarter show than Lie To Me, but Simon Baker - an Australian instead of a Brit this time - is too smarmy and cheesy for my tastes, grinning away like he’s in a cereal advert.”
Andrea Mullaney, The Scotsman

Calendar Girls: Ten Years On, BBC1
“What made last night so delightful was the detail. We heard the same old tale of the calendar but also all sorts of other snippets.”
Alice-Azania Jarvis, The Independent

Calendar Girls: Ten Years On, BBC1
“The rolling Yorkshire countryside and inevitable elements of bawdy humour occasionally gave the documentary a slightly twee Last of the Summer Wine feel - but really, how else could they have made this uplifting programme?Alex Hardy, The Times