“Witty and provocative.” Read on for the verdict on last night’s TV. 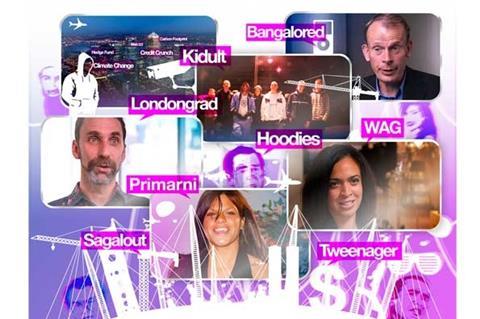 History of Now: The Story of the Noughties, BBC2

“Despite the fact it was picking over history so recent it barely counts as yesterday’s news, this managed to be a witty and provocative forage through the follies of the last decade.”
Matt Baylis, Daily Express

“It opened up like an offshoot edition of Grumpy Old Men. But then cultural dyspepsia began to fade. The graphics were actually rather good - image and content properly married together - and the film itself was after (and successfully hooked) something more substantial than shallow nostalgia.”
Tom Sutcliffe, The Independent

“Yes, it’s a clips and talking heads show, but this time it adds up to a fizzy, witty, insightful obituary of the most recent 10 years of our lives.”
Sam Wollaston, The Guardian

“This low-tech, unassuming account of a forgotten civilisation was not only powerful but moving… Eat your heart out, Marr.”
Andrew Billen, The Times

Hannah: the Girl Who Said No to a New Heart, BBC1

“Martin Hick’s film was essentially a portrait of someone living on death row, but Hannah’s normality - and the realistic brevity of her perspective on the future - somehow took the sting out of that fact. Everything you saw suggested she had a very big heart.”
Tom Sutcliffe, The Independent

“They deserve a pat on the back for pointing out it is still mums, 99 per cent of the time, slaving over hobs and filling ungrateful stomachs.”
Matt Baylis, Daily Express

“Smug and self-obsessed, she feel righteous anger on behalf of her patients while happily betraying her perfectly nice husband and children by having sex with the hospital pharmacist supplying her drugs.”
Andrew Billen, The Times