“A lesson in observational documentary – measured, calm, objective.” Read on for the verdict on last night’s TV. 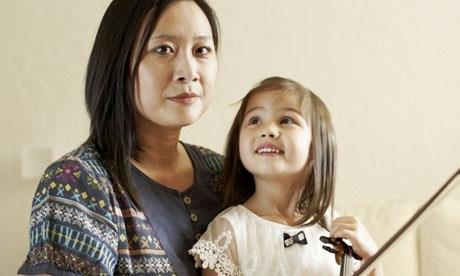 “I’m making it out to be all tears and whip-cracking. It’s not; the kids seem nice – quite tired perhaps, and a little lonely, but not desperately unhappy. And Hannah Berryman’s excellent film is a lesson in observational documentary – measured, calm, objective.”
Sam Wollaston, The Guardian

“Vivien a tiger mother of two said, things were either good or bad where her youngsters’ schoolwork and music practice were concerned. An A for effort didn’t cut any ice. However, when the interview probed a little deeper, into the grinding poverty and stunning sacrifices her own parents had endured to send their children to university, you could see exactly why Vivien felt this way.”
Matt Baylis, The Express

“Unfortunately, the only possible source of interest in such a fantasy – the friction between real-world justice and a heavenly one – is lubricated out of existence by the desultory nature of the plotting, which dispenses with consequences whenever they are awkward in favour of bantering jocularity and wing-flapping melodrama.”Tom Sutcliffe, The Independent

“I guess it’s trying to combine the tension of the courtroom with the magic of fantasy drama, which is very popular at the moment… I wasn’t really sure if I was meant to be laughing, or moved, or charmed or what.”
Sam Wollaston, The Guardian

“It flapped its wings rather beautifully last night but it never soared.”
Andrew Billen, The Times

“The programme, a bit too full of kids whose post-grammar school careers were in the media and a bit light on revealing archive, was fascinatning but melancholy.”Andrew Billen, The Times