“An almost identical blend of architectural history and building makeover that Channel 4 ran last year.” Read on for the verdict on last night’s TV. 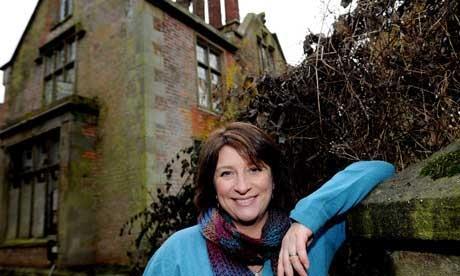 “Before watching this programme I thought it would be quite groovy to do up an old ruin and live in it. After watching it, I’d go for the flat in Bristol.”
Matt Baylis, The Express

“An almost identical blend of architectural history and building makeover that Channel 4 ran last year, and modestly rejigged it so that Caroline Quentin can move in instead.”
Tom Sutcliffe, The Independent

“In the hands of Thomasina Miers ‘Mexican Food Made Simple’ is putting some zing back into the chilli and its relations.”
Matt Baylis, The Express

Should I Test My Genes? The Price of Life, BBC2

“Adam Wishart has made excellent programmes that patrol the shifting border between medical advances and ethical norms, but Should I Test My Genes? The Price of Life turned out to be a little disappointing.”
Tom Sutcliffe, The Independent

“Ian Yentob’s Imagine has temporarily given up making art films in favour of making films about almost anything.”
Andrew Billen, The Times

“I would prefer to see a dramatisation of the Random Thoughts of a Sussex Rambler, the encoded blog by which the looney tune twins communicated. It might, loosely, you understand, have some connection with reality.”
Andrew Billen, The Times

“Having drawn an hour’s worth of attention to the difference between the top and the bottom, it didn’t do anything like enough to redress it.”
Zoe Williams, The Guardian

“I’m not sure that Vanessa learnt anything that she wouldn’t have done with an ordinary store visit, but for the less than startling lesson Undercover Boss always supplies, which is that minor employees are actually human.”
Tom Sutcliffe, The Independent

“Neither a history of the Khmer Rouge, nor a reflection on the infamous killing fields: rather, it was the personal journey of Thet Sambath, a journalist who, in his spare time, travelled the country.”
Zoe Williams, The Guardian