“Its format falls between so many stools you want to nurse the bruises on its coccyx.” Read on for the verdict on last night’s TV. 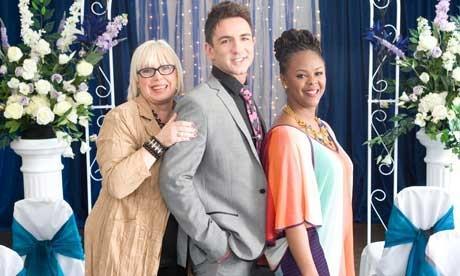 “What the producers have done essentially – it seems to me – is to take the basic recipe of Don’t Tell the Bride and then extract nearly all the cliffhanger tension and psychological revelation before putting it on air… overall it looks exactly what it is – a rush job with scant respect for the emotional gravity of the promises being made.”
Tom Sutcliffe, The Independent

“Wedding House’s format falls between so many stools you want to nurse the bruises on its coccyx. Is C4 truly expecting us to sit, after a long day at work, to switch on, sit up and make our own jokes at these couple’s expense?”
Andrew Billen, The Times

“What we are being offered is the opportunity to snark at various couples’ poor taste and judgement…To say these poor folks were being offered a poison chalice would be an understatement.
Matt Baylis, Daily Express

“It is like a John Hughes film, but funnier, sharper and nastier.”
Andrew Billen, The Times

“Panorama set out the situation dispassionately, carefully avoiding any kind of demonisation of the social workers, children or parents. Somehow, that only made the subject matter all the more clearly insoluble, and agonising.”
Lucy Mangan, The Guardian

THE INVENTION OF DR NAKAMATS, MORE4

“He’s some kind of genius, that’s for sure, and so is Schröder for resisting the temptation to chase down all his ambiguities – leaving us instead with a beguiling film.”
Lucy Mangan, The Guardian