“The Arab Spring almost certainly would not have taken place without so-called social networking.” Read on for the verdict for last night’s TV. 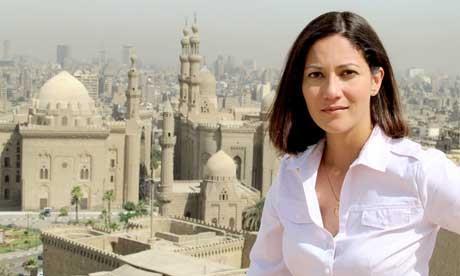 How Facebook Changed the World: the Arab Spring, BBC2

“This is a television station you can’t cordon off with a circle of tanks, and one that activists in the Arab world exploited to astounding effect this year. And Mishal Husain’s fast-reaction account of the origins of the Tunisian and Egyptian uprisings detailed their operation in fascinating and moving detail.”
Tom Sutcliffe, The Independent

“It is absolutely extraordinary that the Arab Spring almost certainly would not have taken place without so-called social networking. OK then, fascinating.”
Sam Wollaston, The Guardian

“It was reassuring to know that new-school revolutionaries backed up their work with good old-fashioned networks: in Cairo protestors had staged conversations in taxis so that cabbies would “overhear” and spread the buzz of discontent that got people out on the streets. The future’s bright.”
Alex Hardy, The Times

“Melvyn Bragg, touring Britain with a mobile cinema, introduces people to old newsreels and archive footage that capture their experience and – occasionally – their faces too. I don’t suppose every episode will be quite as emotional as this one, which concentrated on the experience of war-time evacuees, but to get through it without dropping a tear you would have to have had a heart like the Gobi desert.”
Tom Sutcliffe, The Independent

“These stories don’t seem to have an awful lot to do with the British Film Institute archive and old public information broadcasts being shown on the bus. And we only see the odd tiny clip from these films. It seems more about the real history of Britain than the reel one. I’m not sure how well the whole bus/film thing has been thought through, or how well it works.”
Sam Wollaston, The Guardian

“It was a fair sort of documentary, fair in that everyone on all sides of the debate came across as equally misguided.”
Matt Baylis, The Express

“We learnt that the crew sleep in shifts, share bunks on a six-hours-on-six-hours-off rota and that it’s common for new recruits to dream they’re being buried alive.”Matt Baylis, The Express

“Professionals described with such a soft sting the make-do-and-mend mentality that reigned. There was the fittingly glossy mien of a plastic surgeon who recollected being plunged from breasts back into emergency procedures he’d not done for decades.”
Alex Hardy, The Times

“In this one they demonstrate how to rob a watch shop. Yes, they demonstrate it; the programme makers can say as much as they like that it’s about warning potential marks so that they won’t get done. But when I’m watching, I feel like I’m being taught how to do it.”
Sam Wollaston, The Guardian