“Wearily predictable.” Read on for the verdict on last night’s TV. 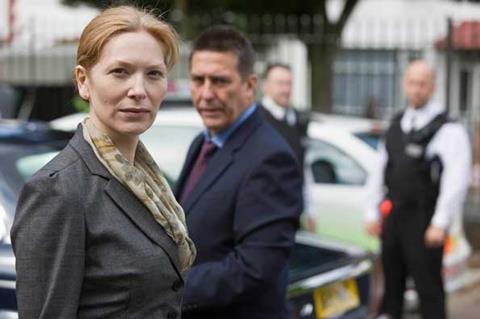 Above Suspicion: The Red Dahlia, ITV1

“If you care about originality you might conclude that the BBC knew exactly what it was doing when it passed on one of Lynda La Plante’s recent scripts. Her latest exercise in Chamber of Horrors police procedural was wearily predictable.”
Tom Sutcliffe, The Independent

“Horizon informed us that there’s been a number of investigations into the psychology and genetic origins of “man’s best friend”. There was quite a bit of doggy-devotional projection here (“Honestly, he knows just what I’m thinking”), but also plenty of genuinely intriguing science.”
Tom Sutcliffe, The Independent

“A fascinating documentary about man’s relationship with his best friend. People who said they could communicate with their mutts were always dismissed as mad. But now they’re being tested and it seems they really can. An Australian border collie named Betsy knows 340 words, and will fetch an object after just being shown a picture of it!”
Sam Wollaston, The Guardian

“The film was studded by owners mooning over their pooches, though, despite the presence of persuasive genetic sequencing and wise scientists, the mystery of this special relationship remained intact.”
Tim Teeman, The Times

“In Zimbabwe, a British man called David is trying to make tame lions wild again. He’s their mother, basically. He’s also pretty much the perfect man - handsome, gentle, patient, passionate about conservation, and for a living he liberates lions. Obviously, I hate him.”
Sam Wollaston, The Guardian

The Pharaoh Who Conquered the Sea, BBC4

“This sort of living archaeology makes good telly. A group set out to prove that an expedition of Queen Hatshepsut could have taken place by trying to reconstruct the ship that might have been used. But, however well this venture looked on screen, it never answered the questions it was set up to answer.”
Matt Baylis, Daily Express

“This is the so-far faultless and exquisitely cast final season of Celebrity Big Brother: Vinnie Jones is the king of washing-up, Heidi Fleiss’s face refuses to move, and Stephanie Beacham is so posh that subtitles are having to be used.”
Tim Teeman, The Times

“What a beautiful piece of television. Natural World had the formidable bedrock of Sir David Attenborough’s years of experience and he narrated it with all the knowledge and love of a subject this ignorant viewer could wish for.”
Tim Teeman, The Times