“Stuffed with great material and a truly mesmerising cast of characters.” Read on for the verdict on last night’s TV. 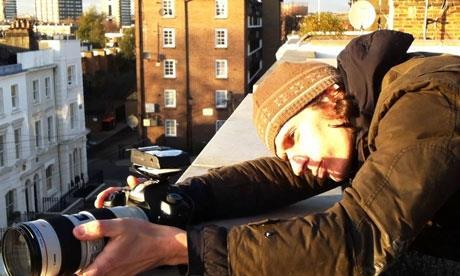 The Secret History of Our Streets, BBC2

“Like Booth’s maps, the series is focused on London, but it’s a story that surely resonates way beyond the capital. Everyone in Britain is fascinated by house prices, after all, and the punchline to Deptford High Street’s tragicomic tale is nearby Albury Street.”
Tim Walker, The Independent

“It was a wonderful programme – stuffed with great material and a truly mesmerising cast of characters (John, his family, his customers, the preacher engaged in a “spiritual mapping” of the area to drive out “the demons of Deptford” were all absolute gifts to the camera). It managed to be both informative and emotive, melancholic and angry, but without a cheap shot or manipulative moment ever coming near.”
Lucy Mangan, The Guardian

“I’d tuned in expecting, not unreasonably, a kind of history programme. It started out that way but then morphed into a sort of Cook Report-style confrontation show.”
Matt Baylis, The Express

“There’s something elegiac and pre-modern about Lewis, too, which still features that comforting mix of familiar TV faces paying the bills, and recent drama school graduates doing their first bit of screen work.”
Tim Walker, The Independent

“If I were an environmental health officer, I’d pull the whole square down and I wouldn’t bother relocating anyone except Kim – who walks and talks like an actual warm, funny, normal person and who has dropped into Walford like manna-with-comedy-chops from heaven.”
Lucy Mangan, The Guardian

“This splendid edition made you want to plant a smacker on the State.”
Andrew Billen, The Times