“It’s big on cosmic dazzlement and mind-boggling perspectives and full of epic orchestration and screen-saver graphics…” Read on for the verdict on last night’s TV. 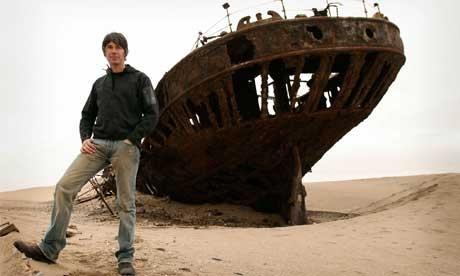 Wonders of the Universe
Sunday, BBC2

“Like its predecessor, it’s big on cosmic dazzlement and mind-boggling perspectives and full of epic orchestration and screen-saver graphics, most of which are much less successful at conveying the immensity of the ideas involved than one human being talking to you directly.”
Tom Sutcliffe, The Independent

“It was a satisfying romp, but, as with most science programmes, some graspable points were laboured.”
Andrew Billen, The Times

“Hi, I’m Professor Brian Cox, I’m one of the Wonders of the Universe. Here I am, on top of a mountain, triumphant in outdoor clothing. Why are we here? Where do we come from? These are the most enduring of questions. And why is it that you are a little bit in love with me?”
Sam Wollaston, The Guardian

“Still, he’s irritating in a very thought-provoking way, which isn’t to be sniffed at.”
Tom Sutcliffe, The Independent

“The other brilliant thing about this is that you can get your head round what I’m saying, and because this momentous power shift is going on right now on this planet, you could say it feels more relevant and urgent than Brian with his billions and billions of T-shirts.”
Sam Wollaston, The Guardian

“Since time’s arrow travels in only one direction, this is, however, probably the last time that we will be able to laugh at the Chinese economy ever. Ferguson’s is a melancholy triumphalism.”
Andrew Billen, The Times

“The naked jealousy you feel on watching people with huge amounts of land fret about their problems is usually tempered with the joy of watching a family tearing itself apart. Here, however, that control freak comment was as bad as it got.”
Virginia Blackburn, The Express