“I was wondering if there might not be a case for opera-style plot synopses to be available via the red button.” Read on for the verdict on last night’s TV. 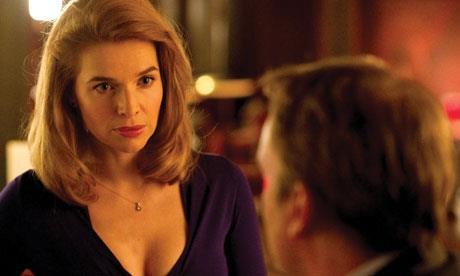 “After the first episode of Ronan Bennett’s Hidden, however, I was wondering if there might not be a case for opera-style plot synopses to be available via the red button. Either that or for script editors to work a little harder for their money.”
Andrew Billen, The Times

“At times I feel as if I’m not just swimming in muddy water, I’m in actual mud, and I’m stuck Crucially, I’ll be back next week, in search of clarity and answers. Because Hidden has so much to recommend. It’s murky, atmospheric, intriguing ..So my only tiny problem is that I’m not entirely sure what’s going on. But then I don’t understand [Ronan] Bennett’s chess column either.”
Sam Wollaston, The Guardian

“A tangle of enigmas and loose ends so daunting that it seemed as if it might defy the efforts of anyone working alone…I’ll be watching episode two, partly because I want to get my head above water for at least three consecutive minutes, and partly because [Ronan] Bennett’s past work suggests he might do something interesting with the political scandal and skulduggery that frames Harry’s investigations.”
Tom Sutcliffe, The Independent

“[It] took as read that a multicultural society in which racial identity was blurred by marriage was a good thing. Given that it was presented by George Alagiah…this was no surprise. Nor, given my prejudices, was it anything to complain about, but the case was not exactly argued. Perhaps Alagiah felt that he did not need to.”
Andrew Billen, The Times

“Alagiah turned away from the all too familiar tales of prejudice and pseudoscience to focus on the particular moments of hope.”
Matt Baylis, Daily Express

SHOCK AND AWE: THE STORY OF ELECTRICITY, BBC4

“It’s a good subject for television, having had one foot in the realm of the showman and conjuror from the very earliest days.”
Tom Sutcliffe, The Independent