“Lichtenstein is confident enough not to impose a heavy-handed voiceover on her narrative”. Read on for the verdict for last night’s TV. 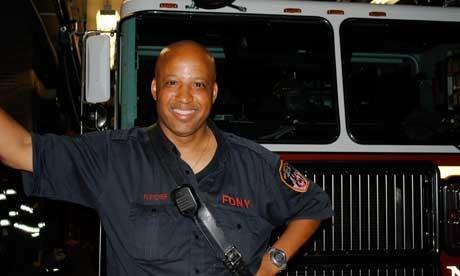 THE TWINS OF THE TWIN TOWERS, BBC1

“Many of them had grown up as the buildings themselves grew, a fact gently underlined here by cutting between home movies of childhood and archive footage of the World Trade Centre’s construction. Some saw in Manhattan’s biggest landmark a mirror of their own doubling. Others, far more poignantly, identified with them after the attack.”
Tom Sutcliffe, The Independent

“What was missing [from the 9/11 documentaries] was a film that didn’t treat 9/11 as an interpreted past but as a messy, still barely understandable present. The Twins of the Twin Towers did just that. What made this film so accomplished was the testimony of the twins. Lichtenstein is confident enough not to impose a heavy-handed voiceover on her narrative: she lets you think for yourself, and the twins speak for themselves.”
John Crace, The Guardian

“The glibness of its title and its two subjects (9/11 and being a twin) carried the risk that the film would be unfocussed. Somehow it worked, helped by some typically articulate New Yorkers.”
Andrew Billen, The Times

“Yes, it’s all about the technique that goes into a perfect biscotti and tense stand-offs over ginger-nut orthodoxy. But it’s also about domestic affections: about recipes learned from much-loved grandmas and family favourites lovingly cooked for children.”
Tom Sutcliffe, The Independent

“At the end of the horribly revealing first half I was left asking myself whether this as yet unidentified Pakistani child would want Khan as her mother…The programme presented us with a picture of a woman who might have profitably paid more attention to the experts on the anger-management programme she once fronted.”
Andrew Billen, The Times

“Whether you decide this man’s war was good or bad no one can doubt that it was remarkable, all the more so for having been kept under wraps for so long and finally told with such modesty.”
Matt Baylis, Daily Express

“The problem is that this is still a clip show and the better the quality of the clips the kess you want of the clips and the more you find yourself itching to enjoy the full version of the material you’re being offered little tastes of.”
Matt Baylis, Daily Express

“I was looking forward to giving Dubya a bit of a kicking after watching [IT] but it proved impossible, as he emerged more sensitive and vulnerable than anticipated.”
John Crace, The Guardian