7 Up & Me; Nightmare Tenants, Slum Landlords; The Truth About Chlorinated Chicken

“Honest, revealing and unashamedly schmaltzy, it was the perfect curtain raiser for tomorrow night’s 63 Up” 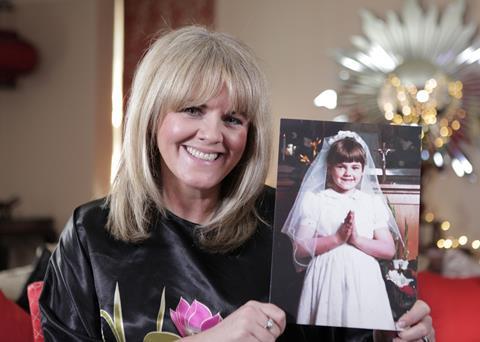 “7 Up & Me provided a surprisingly charming appetiser for the main event. Honest, revealing and unashamedly schmaltzy, it was the perfect curtain raiser for tomorrow night’s 63 Up.”
Claudia Connell, Daily Mail

“7 Up & Me took famous faces and filmed them watching episodes from the past 63 years: a weird and unconvincing combination of 7 Up and Gogglebox. The result was very mixed (to put it kindly).”
Terry Ramsey, The Telegraph

“It initially seemed to me a rather loose hook for ITV to gather a group of moderately famous people in one place to promote its own programming. But the more I watched, the more this served as a lovely recap of some tender early moments.”
Sarah Carson, The i

“Seven Up! is a genius, much-respected franchise that doesn’t need to tart its wares via gurning celebrities chuckling over old episodes as if they are in a promotional Gogglebox. Yet as it progressed, I realised it was cleverer than it looked. What started looking like shallow filler-fluff ended up as something quite poignant.”
Carol Midgley, The Times

“I would have thought bad landlords are the bigger problem in the UK given the lack of decent rentable housing and the rip-off hovels some of them let out, without shame, to students in London. Yet meeting Dean made me glad that, not having a spare property to let out, I’ve never had a tenant. For non-landlords everywhere, this was great entertainment.”
Carol Midgley, The Times

“Britain has severe problems of poverty, homelessness, crook landlords, dilapidated buildings and exorbitant rent, but with the exception of a few statistics I didn’t feel the show offered an informative or indeed constructive portrait of the crisis. Rather it exploited those pushed to its extremes.”
Sarah Carson, The i

“It was the kind of programme best viewed after eating. You wouldn’t be terribly hungry when it finished. The whole programme was enough to put you off chicken for a week – possibly for life.”
Tim Dowling, The Guardian