8 Days; The Trouble with Naipaul; Tutankhamun with Dan Snow; Save My Child

“The premise is terrifying, so it’s strange that this new series is so flat and uninvolving.” 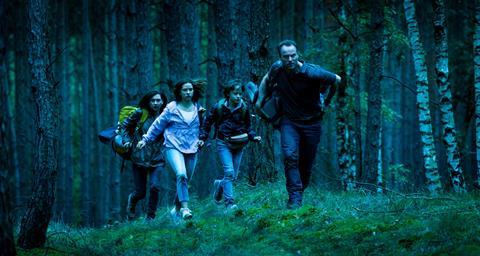 “On the evidence of episode one, it has a bit more depth than that other pre-apocalyptic show The War of the Worlds. It’s also evident that 8 Days is not Armageddon. There is no Ben Affleck-like hero with glow-in-the-dark teeth, and no Aerosmith power ballads. Instead, a soprano warbled mournfully in the background as a despairing mother shot a mad-eyed fellow mum and her rapist teenage son.”
James Jackson, The Times

“Beware the asteroid Horus! It’s 60km wide and it’s hurtling towards Earth at incalculable speed. Scientists say the impact point is La Rochelle in France, and it’s going to destroy all of western Europe. It’s terrifying, so it’s strange that this new series from Sky Deutschland is so flat and uninvolving.”
Adam Sweeting, The i

The Trouble with Naipaul, BBC4

“The Trouble with Naipaul was a thoughtful hour that essentially boiled down the increasingly ubiquitous question: can you separate the art from the artist? The word ‘problematic’ inevitably came up, but only once, indicating how this film wasn’t a ‘cancel Naipaul’ whinge, but an inquiring look at the contradictions of a man who cared not a jot about his image.”
James Jackson, The Times

“Obviously Channel 5 doesn’t want to vanish down a black hole of academic obscurity, but cluttering up the scenery with three ill-matched presenters treading on each other’s feet while burbling inanities was not the perfect solution. Snow always has an invisible bubble over his head saying ‘hello, I’m extremely self-confident and I come from an important broadcasting family,’ and it’s hard to imagine he wanted help from archaeologist Raksha Dave or a befuddled-looking John Sergeant.”
Adam Sweeting, The i

Save My Child, Channel 4

“There are any number of questions that could have been raised – and some you could argue absolutely should have been raised, if the show hoped to avoid the queasily manipulative air that hung over the entire hour, refusing to disperse. It was an airy nothing of a programme that seemed almost wilfully to ignore the many opportunities it had to go deeper or wider on any number of issues.”
Lucy Mangan, The Guardian