“Interesting and intelligently done.” Read on for the verdict on last night’s TV. 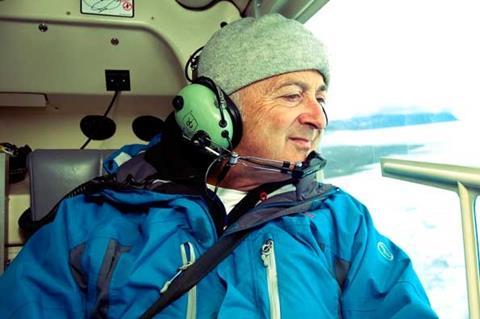 “Tony Robinson had such a gripping story to tell, it was a pity that Man on Earth’s makers did not have the sort of BBC budget to make it sing with CGI rather than stock film footage of fire and ice.”
Andrew Billen, The Times

“Interesting and intelligently done – no embarrassing reconstructions with hairy chaps brandishing spears and grunting. My worry is that it will only get Time-Team viewing figures.”
Sam Wollaston, The Guardian

“Much as early man seemed to walk a knife-edge between wildly swinging weather systems, Tony treads a tricky path between not being bland, and not getting in the way of the subject. He manages it very well.”
Matt Baylis, Daily Express

“It gave Robinson and his film crew a good reason to jet off to lots of different locations. Three centuries from now some bright spark might even uncover his carbon footprint, initially mistaking it for that of a stegosaurus.”
Brian Viner, The Independent

“In this splendid monologue, Bennett offered us a little more insight into his shyness.”
Brian Viner, The Independent

“If political incorrectness isn’t reason enough on its own to love Miranda, there are plenty of other reasons, not least that it is the first new primetime sitcom I can recall that unites the whole family, all laughing our socks off.”
Brian Viner, The Independent