“Yes, there is death at its heart, but the series – there are two more to come – isn’t gloomy.” Read on for the verdict on last night’s TV. 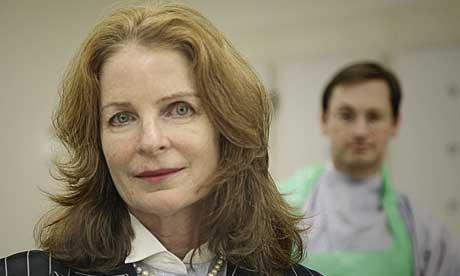 “Yes, there is death at its heart, but the series – there are two more to come – isn’t gloomy. It’s open, and honest; there’s plenty of humour, too, as there often is with death. It’s nice that the families of the deceased take part too.”
Sam Wollaston, The Guardian

“It is about all those who deal with a death of unknown cause, and a surprisingly cheerful bunch they turn out to be. Alison is herself the raw material for a television series, a breezy, attractive woman who drives a Pagoda-top Merc, wears one of those dashing lawyer’s white ties and approaches her baleful task with far more puckishness than you might expect.”
Tom Sutcliffe, The Independent

“The commentary became less melodramatic as it went along. But what tone could it establish instead? One way to go, possibly the way to go, would have been to build up the characters of its “stars”.”
Andrew Billen, The Times

“It was again stolen by Polly Walker as the drug baron’s wife Franny.”
Andrew Billen, The Times

“By the end of the show I really couldn’t give a stuff what happened to Fran, a feeling that might have been less intense if I’d had more of the stories that did inspire some sympathy and concern.”
Matt Baylis, The Express

“It would be easy to be cynical, but I think he’s totally genuine, he really cares. And, more importantly, it seems to work.”
Sam Wollaston, The Guardian

“The improvement in her sight came as a bit of an anticlimax, it because we didn’t care but because Katie had stoutly refused to take centre stage throughout.”
Matt Baylis, The Express

“A trouble-shooter format aimed specifically at family businesses. Last night was about the Chough Bakery in Padstow, a business with a good product, a perfect location and Elaine, a founding matriarch with a death grip on the firm’s windpipe.”
Tom Sutcliffe, The Independent