“Impressive, if a little unsettling.” Read on for the verdict on last night’s TV. 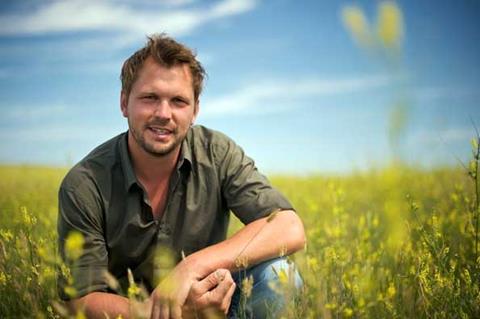 “This was a thoughtful, balanced look at where our food comes from, and the things we’re going to have to do in increasing measure to keep getting hold of it.”
Matt Baylis, Daily Express

“Impressive, if a little unsettling.”
Alice-Azania Jarvis, The Independent

“Jimmy’s an agricultural version of Jamie Oliver, a bit posher and a bit less intense. He seems more worried about being liked by the nice Brazilian farmers than about questioning their methods. You have a nice presence, Jimmy, but if you’re going to do proper, grownup TV, you need to do a bit more questioning.”
Sam Wollason, The Guardian

“Jimmy Doherty raised the tone with his earnest analysis of Brazil’s rampagingly successful food industry. But he also seemed a little lost. It was like a schools programme.”
Tim Teeman, The Times

“This latest dose seems to have been written by someone with a PhD in sarcasm. There’s nothing wrong with bile, of course, but it’s more than matched by the amount of real bile on view in the average episode, along with the tumour-addled brains, lung tissue and ulcerated livers.”
Matt Baylis, Daily Express

“All the way through you were drumming your finger at the pointless twist after twist. And the forensics team speak a highly self-satisfied, impenetrable double Dutch that veers wildly between diagnosis and smug, barely audible backchat.”
Tim Teeman, The Times

“It doesn’t really work, to be honest. Serious birders will hate it, because it will tell them nothing, as well as trivialising something they take very seriously. And as for the rest of us, well, the celebrities aren’t entertaining enough to make it much fun. It’s a shame because Bill Bailey could have done something nice with birds.”
Sam Wollason, The Guardian

Low concept, lower execution, celebrities whimpering behind binoculars. This show defiled at least two genres of television yet barrelled along on its own fluffy wings of charm.
Tim Teeman, The Times

“One of those spew-and-all documentaries which promised to ‘examine the risks that British tourists take with their mind, body and soul’. Predictably, things got raucous, and the upshot was that I don’t want to go on holiday anymore. Well, not to Magaluf anyway.”
Alice-Azania Jarvis, The Independent

History of Now: The Story of the Noughties, BBC2

“Part two was good. Better, I think, that part one. Either way, it was worth tuning in just to see Andrew Marr discussing ‘the tramp stamp on the muffin top of a chav’ - linguistic (and stylistic) hallmark of the decade, apparently.”
Alice-Azania Jarvis, The Independent