“It managed to deliver something fresh, with its concentration on a single action that played out over several hours.” Read on for the verdict on last night’s TV. 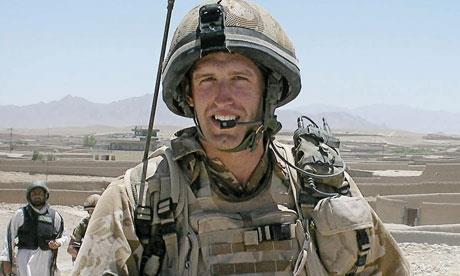 “It managed to deliver something fresh, with its concentration on a single action that played out over several hours. The platoon that went out in the morning was still relatively inexperienced. By the time they’d come back, they’d taken their first fatality, and they finally knew the difference between combat in theory and combat in practice.”
Tom Sutcliffe, The Independent

“This was modern conflict at its most raw, by turns exhilarating and horrific, uncomfortable to watch but difficult to tear your eyes from.”
Mike Mulvihill, The Times

“Jezza Neumann’s film patrolled a less glamorous front line – the daily grind of living below the poverty line, again viewed from the perspective of those at the heart of the fight, in this case some of the 3.5 million children in Britain who live below the poverty line.”
Tom Sutcliffe, The Independent

“The kids – 11-year-old Sam and his 16-year-old sister Kayleigh in Leicester, eight-year-old Courtney in Bradford, 10-year-old Paige in Glasgow – speak for themselves, but also for the 3.5 million other children living in poverty in Britain. And they speak so well – honestly, eloquently, maturely, often more so than their parents.”
Sam Wollaston, The Guardian

Junior Doctors: Your Life in Their Hands, BBC1

“Following a group of young hospital doctors in Newcastle, this classic fly-on-the-wall programme tried so hard to cover all bases that it almost resembled an American TV medical soap.”
Matt Baylis, The Express

“It’s too early for a final verdict, since Summer Heights High brilliantly managed to combine black comedy with a certain compassion for some of its grotesques. But fans of that series may find themselves disappointed by this one – and the character S.mouse – a middle-class rapper who craves street cred – is a serious miscalculation.”
Tom Sutcliffe, The Independent

“Chris Lilley plays Daniel, and Nathan, and Gran, and S.Mouse, and a couple of other people we haven’t met yet. He’s like an Aussie Sacha Baron Cohen, taking a sub-species of Homo sapiens and turning it into a ridiculous caricature. Except all of his go in to one show.”
Sam Wollaston, The Guardian

“These Trojans of the cleansing world left us pondering whether one lot of 80,000 people is ever better than the other.”
Matt Baylis, The Express