“The gentle mixing of science and sociology turned out to be modestly illuminating.” Read on for the verdict on last night’s TV. 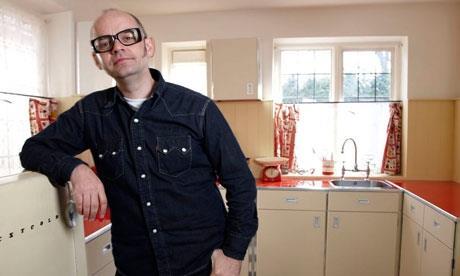 The House the 50s Built, Channel 4

“The series is about the large social transformations that took place in British homes between the Forties and the Sixties, as rationing and austerity petered out and engineers turned their attentions from mass destruction to the problems of daily lives. And, barring the chronic infantilisation that afflicts so many television programmes these days and the dim-witted conviction that celebrities can be sprinkled on anything, like MSG, it’s moderately interesting.”
Tom Sutcliffe, The Independent

“In America keen fisherman Clarence Birdseye realised that fish quickly frozen kept their taste far better than those frozen slowly. His musings led to mass-freezing technology, supermarkets, home refigerators and that staple of harassed housewives across the Western world, the fish finger.”
Matt Baylis, The Express

“The gentle mixing of science and sociology turned out to be modestly illuminating.”
Andrew Billen, The Times

“Having your central character say, “I feel like I’m in some kind of fucking Dan Brown novel”, isn’t quite enough to defuse the tang of nuttiness in this plot, but the performances were excellent and the teasing indirection of the script (before it got to its sermonising bits about the International Monetary Fund) really beautifully done.”
Tom Sutcliffe, The Independent

“It’s a familiar trawl through his life, showing all the old clips. A little boy in shorts, first days at various schools, that water slide at Thorpe Park, a miserable looking “holiday” at Balmoral, the sad walk behind his mother’s coffin, Canada, Chile, cleaning another kind of throne just like everyone else, Kate, helicopters, thinning a bit on top, the wedding (quick, before she notices), more flag-waving. It has been a fairly extraordinary life, but it’s a story I feel I know; these are reminders rather than revelations.”
Sam Wollaston, The Guardian

“At best you could call this hour of doubtfully sourced sycophancy a tonic for post Jubilee tristesse.”
Andrew Billen, The Times